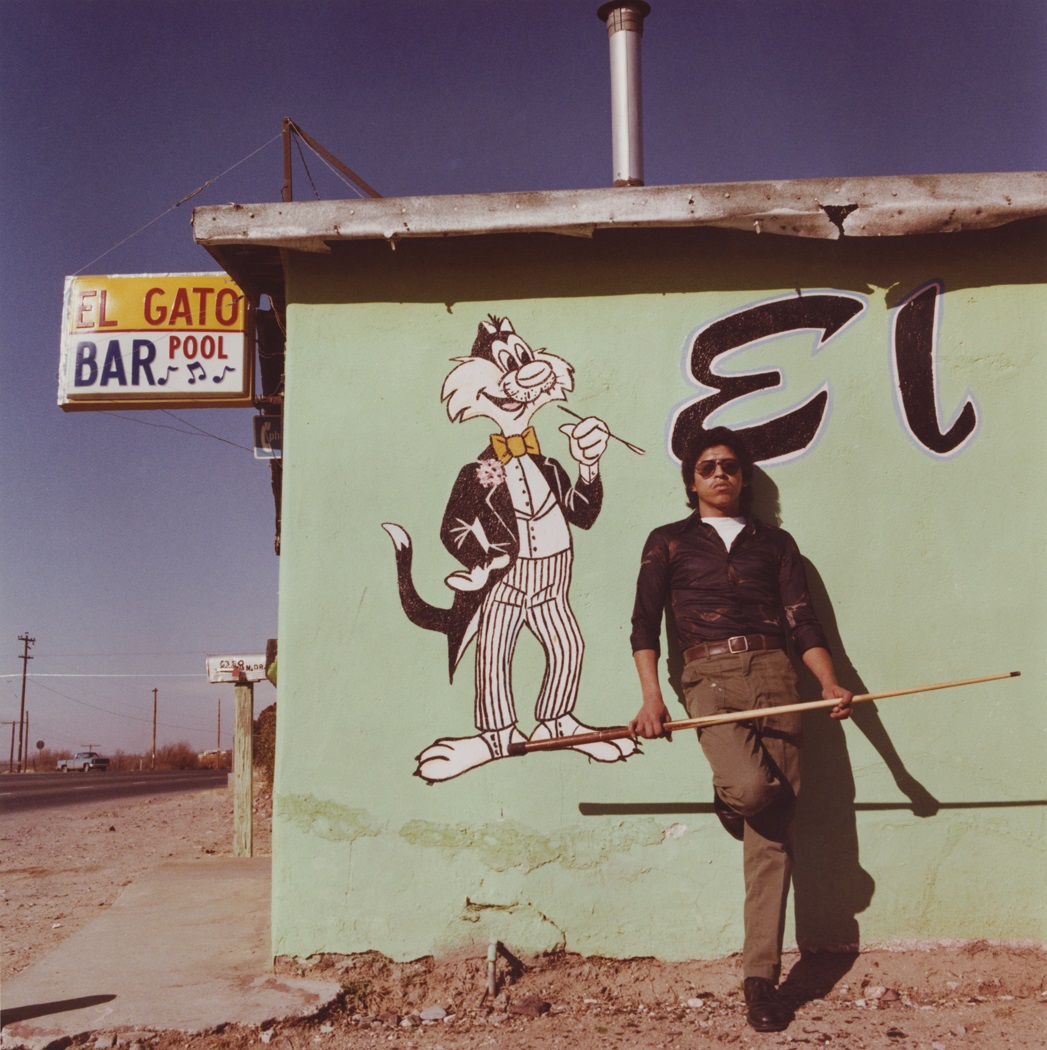 Born in 1947 in Douglas, Arizona, and based in Tucson, Louis Carlos Bernal was a pioneering Chicano photographer, among the very first to envision his work in the medium not as documentation, but as an art form. He began his career in the early 1970s in the wake of the Chicano civil rights movement, articulating a quietly political approach to photography with the aim of heralding the strength, spiritual and cultural values, and profound family ties that marked the lives of Mexican Americans who were marginalized and little seen. Initially focusing on the people of modest means he encountered in the barrios of Tucson, the city where he lived and taught, Bernal eventually traveled to small towns throughout the Southwest, where he portrayed individuals and families in outdoor settings or in their homes surrounded by belongings, tabletops filled with religious statuary and curios, and at times, rooms absent of people that nevertheless express the tenor of the lives lived within them. In a relatively short career that spanned the 1970s and 1980s, Bernal demonstrated his profound gift for magnifying the lives of his subjects and for capturing the essence of their character in a single image. In addition to the photographs made in Southwestern barrio communities, the exhibition will also include examples of Bernal’s early experimental work, photographs he made during his frequent trips to Mexico, and a selection of never-seen images he produced in Cuba. It is curated by Elizabeth Ferrer, a specialist in the history of Latinx photography, and will be accompanied by a catalog to be co-published by the Center for Creative Photography and Aperture.