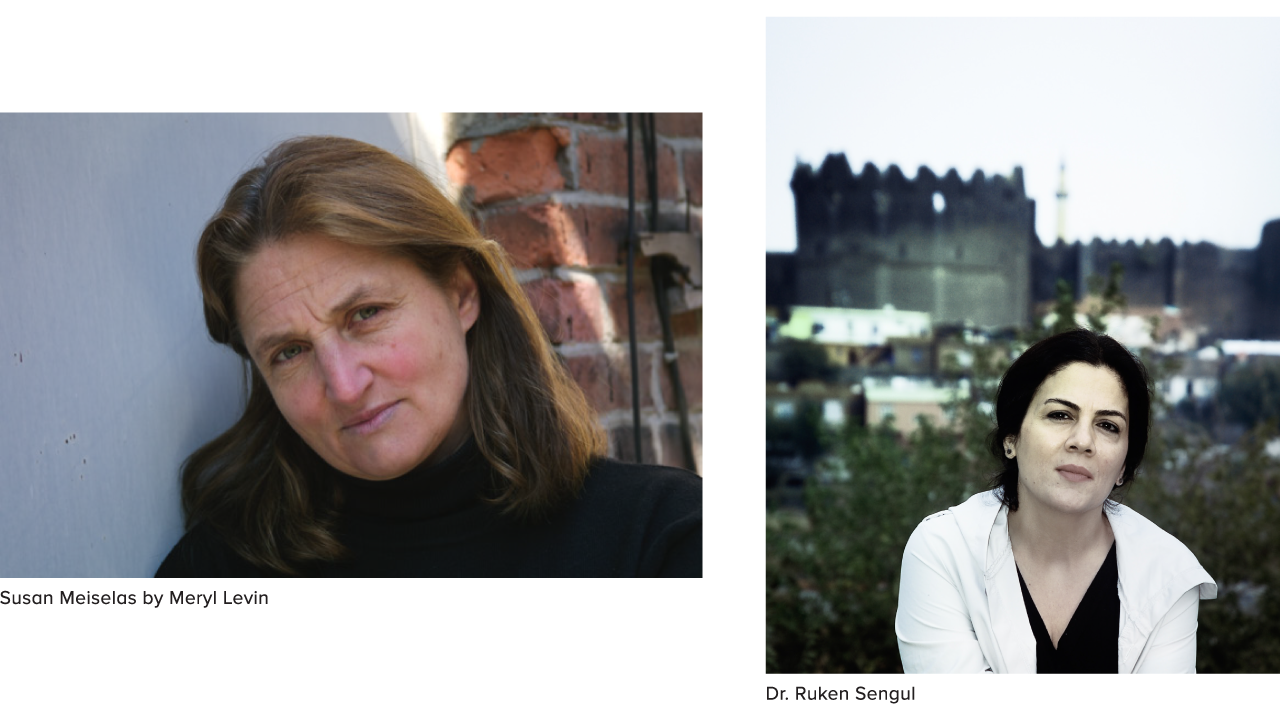 The Center for Creative Photography in partnership with the Center for Middle Eastern Studies at the University of Arizona is digitally convening photographer Susan Meiselas and anthropologist Dr. Ruken Sengul on November 17th at 5pm Arizona Time. The conversation will focus on their respective work about the stories, memories and diasporas of Kurdish peoples.

Susan Meiselas is a documentary photographer who lives and works in New York. She is the author of Carnival Strippers (1976), Nicaragua (1981), Kurdistan: In the Shadow of History (1997), Pandora’s Box (2001), Encounters with the Dani (2003) Prince Street Girls (2016) and A Room Of Their Own (2017). She has co-edited two published collections: El Salvador, Work of 30 Photographers (1983) and Chile from Within (1990), rereleased as an e-book in 2013, and also co-directed two films: Living at Risk (1985) and Pictures from a Revolution (1991) with Richard P. Rogers and Alfred Guzzetti. Meiselas is well known for her documentation of human rights issues in Latin America. Her photographs are included in North American and international collections. In 1992 she was made a MacArthur Fellow, received a Guggenheim Fellowship (2015), and most recently the Deutsche Börse Photography Foundation Prize (2019) and the first Women in Motion Award from Kering and the Rencontres d’Arles. Mediations, a survey exhibition of her work from the 1970s to present was recently exhibited at the Fundació Antoni Tàpies, Jeu de Paume, San Francisco Museum of Modern Art and the Instituto Moreira Salles in São Paulo. She has been the President of the Magnum Foundation since 2007, which supports, trains, and mentors the next generation of in-depth documentary photographers and innovative practice.

Serap Ruken Sengul is a sociocultural anthropologist from Kurdistan of Turkey. Her research expertise converges on gender and sexual formations of sovereignty, nationalism, kinship, violence, memory and displacement in the Kurdish borderlands of Turkey, Iraq and Syria. Dr. Sengul earned her doctorate in Anthropology from the University of Texas at Austin, and completed her postdoctoral studies at the University of Michigan-Ann Arbor. She currently serves as Distinguished Research Fellow through the Promise Institute for Human Rights and the Center for Near Eastern Studies at the University of California-Los Angeles. Besides her scholarly work, Dr. Sengul has maintained activist research in Turkey since the late 1990 with special focus on political violence in the Kurdish region.