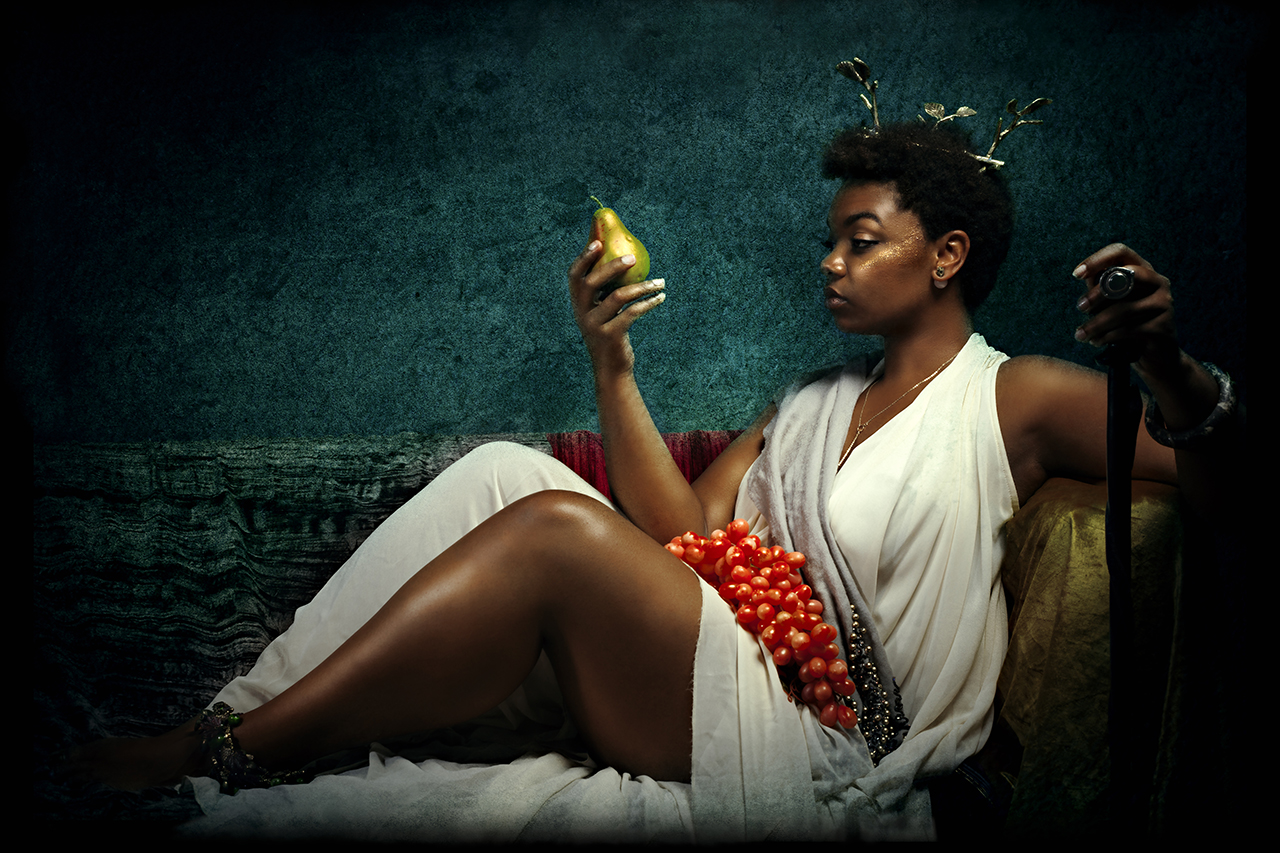 Join us for a Members Preview of Alanna Airitam: The Golden Age.

Alanna Airitam’s photographic project, “The Golden Age” is a celebration asserting a vision of Black Americans that is uplifting, inspiring, and empowering. In ten luscious and elegant large-scale portraits the artist features contemporary African American people as symbolic saints who are simultaneously magnificent and powerful. Airitam uses the trappings of 17th century Dutch oil paintings, with their dramatic lighting, rich fabrics, and symbolic items, to celebrate African American culture, referencing the Harlem Renaissance period of artistic efflorescence in the early 20th century in her titling of the portraits. In so doing she connects the Dutch Renaissance (Haarlem, Netherlands) and the Harlem Renaissance (Harlem, New York), in new works that speak to a complex network of concerns of the present moment.