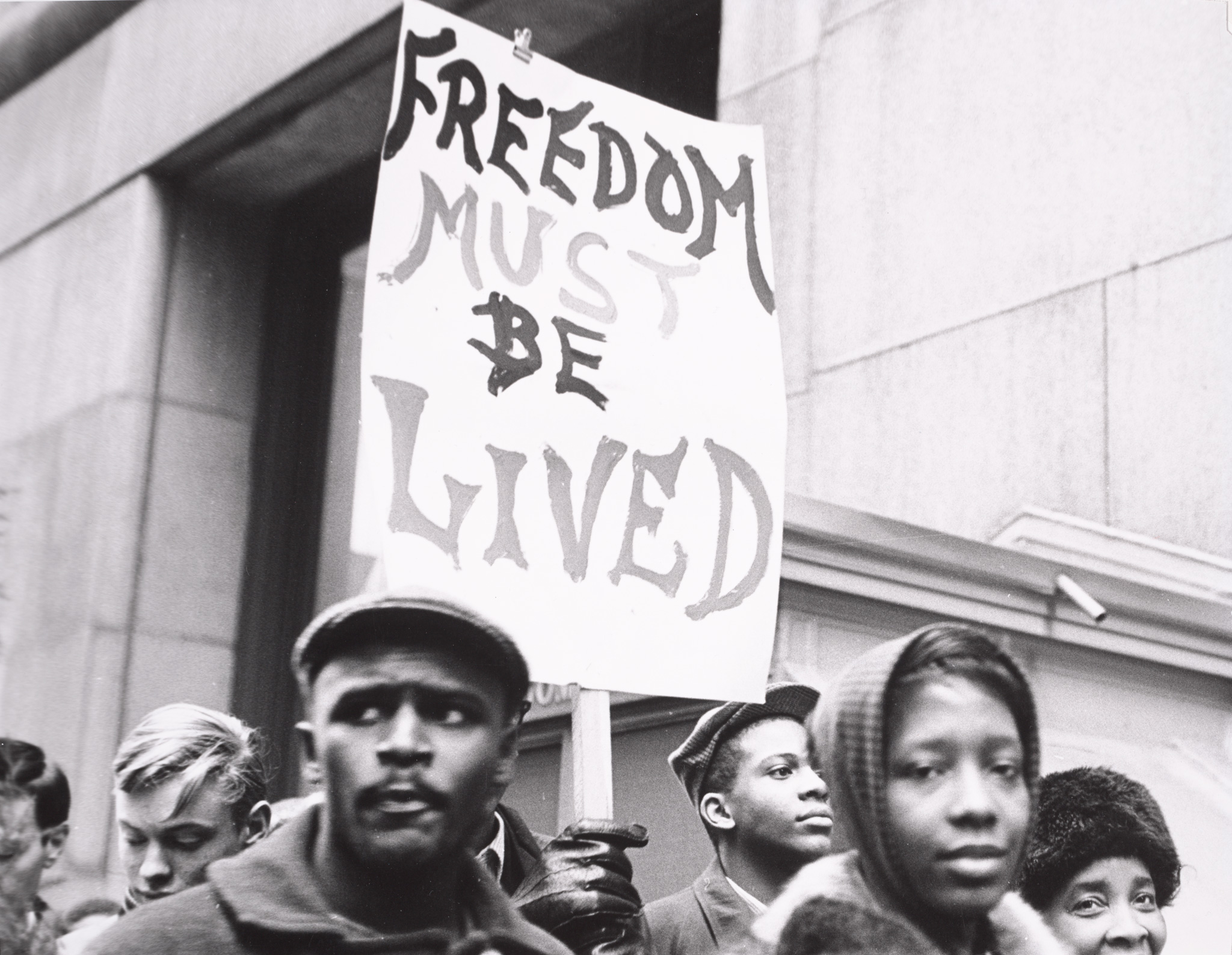 This retrospective exhibition will survey the career of Marion Palfi (1907–1978), who produced one of the most important visual documents of American injustice of the twentieth century. Freedom Must Be Lived: Marion Palfi’s America, 1940-1978 features over one hundred prints and numerous archival materials drawn exclusively from the Center for Creative Photography’s vast Marion Palfi Archive, including photobooks, magazine spreads, research journals, and grant applications. Many of these prints and expository archival materials have never before been exhibited or published and will offer an unprecedented opportunity to draw new insights into the work.

Palfi’s philosophy of using photography to influence social change shaped her vision and distinguished her career. A German immigrant to the United States during World War II, Palfi arrived in Los Angeles to find a reality far from the myth of the American Dream. Outraged at the economic, racial, and social inequalities she encountered, she spent over three decades traveling throughout the United States documenting troubled communities to expose the links between racism and poverty. As a self-described “social research photographer,” Palfi aspired for her photographs to live in the world and to effect social change. Her work was featured in numerous American periodicals, including Ebony and The New York Times. Sponsors for her work included the Council Against Intolerance in America, the NAACP, and the New York State Committee on Discrimination in Housing.

Each of the photographer’s four major projects are represented in the exhibition: her piercing nationwide study of children living in poverty; her decades-long civil rights activism documenting the effects of systemic racism against African Americans; her research on the abject conditions of aging in New York; and her revelatory pictures, funded by a 1967 Guggenheim fellowship, of the forced relocation of Native Americans off of reservations in the Southwest. Weaving together over three decades of work, the exhibition elucidates Palfi’s sustained focus on themes of inequity, solitude, racial victimization. Taken as a whole, it elucidates the photographer’s elegiac crusade for human rights and presents a cumulative photographic record that resonates with many of the social concerns still plaguing our country today.

Freedom Must Be Lived: Marion Palfi’s America is organized by Phoenix Art Museum and the Center for Creative Photography.