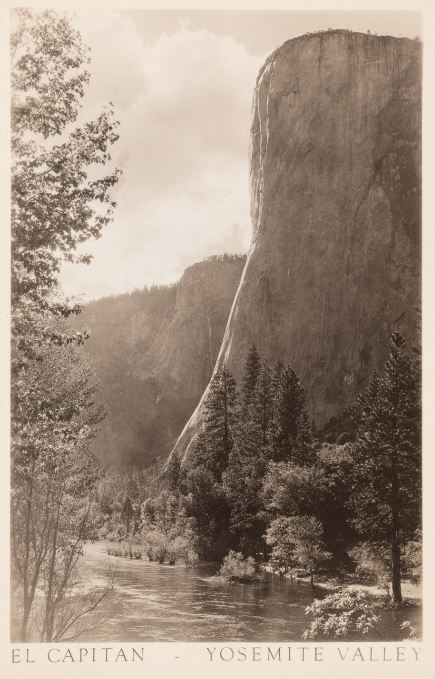 Ansel Adams’s long photographic career saw a significant shift in style between his early work, made between 1916 and 1941, and his most recognizable production, from 1941 through the end of his life in 1984. The catalyst for this change was a commission from the federal government: in 1941 Adams was hired by the Department of the Interior to make photographs of the national parks as part of a mural project to adorn the new Interior building in Washington D.C. He was honored to be hired for a project of such importance and personal significance. With the broad American public in mind as his audience, he set out on a trip through the Western United States to picture the country’s dramatic protected lands.

Although the large-scale murals were not completed in Adams’s lifetime, the project had a huge impact on the photographer: the style he adopted for the national parks commission became his signature, characterizing much of his artwork for the rest of his life. He was so invested in taking pictures of America’s national parks that in the late 1940s he applied for, and received, a Guggenheim fellowship to continue documenting spectacular wilderness places after the funding for the initial commission ran out.

This exhibition presents twenty-two photographs, illustrating three elements in his body of work: his signature style, the shift in style in 1941, and his commercial work. His signature style will be shown through later works and national parks pictures made either for the mural project or on his Guggenheim fellowship which exhibit characteristic elements. Pairs and groupings of works that contrast early and later works will track the shift in his style. And finally examples of his commercial photography, a little known but important component of his career, illustrate the development of his artistic language.