Invisible to the Eye 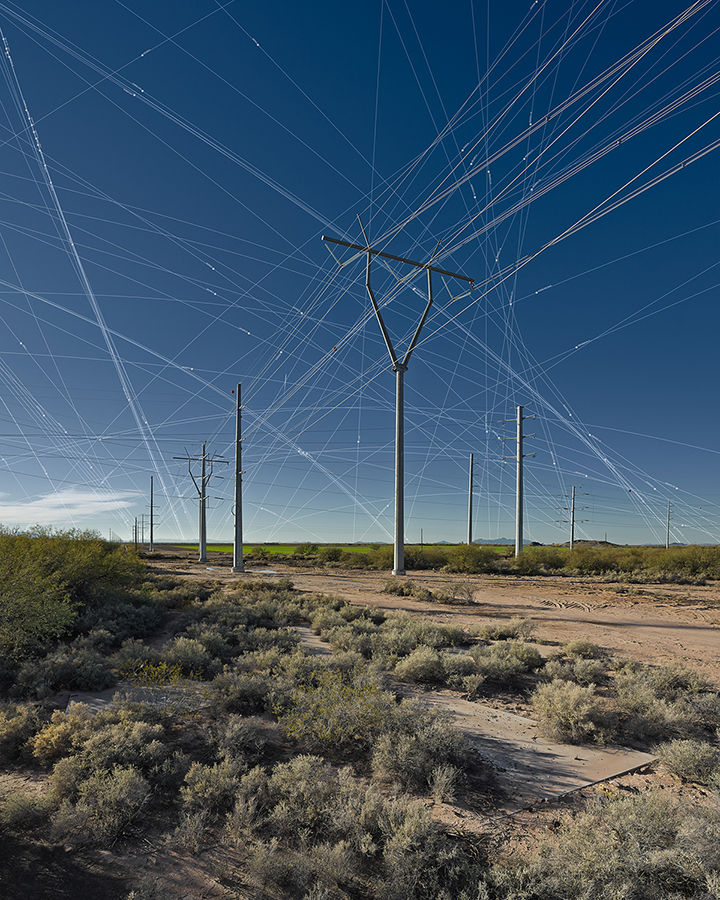 Wynn Bullock was drawn to photography’s ability to evoke the invisible through the visible—for instance, the way that long exposures could suggest the time-space continuum, or that a fog-filled landscape could suggest the fullness and volume of space. The artists included in this exhibition, the collaborative team Julie Anand and Damon Sauer, Mishka Henner, and Richard Mosse, have used various techniques to make complex and invisible concepts visible in their photographs. Bullock used photography to respond to the scientific discoveries of his day, exploring the place of human beings within the natural world, and, indeed, within the universe. Mosse, Henner, and Anand and Sauer have all chosen to investigate our increasingly entangled geopolitical reality, and the role of photography within it.

Anand and Sauer are producing a body of work entitled Ground Truth, in which they photograph remnants of secret Cold War satellite calibration targets and then digitally render a map of orbiting satellites in the sky overhead to address not only the origins of satellite technology but the massive information network in which we are all suspended. Henner addresses issues of censorship, government secrecy, and paranoia by re-presenting the Netherlands’ optically-altered satellite imagery as beautiful, graphic, horizonless landscapes. Mosse, working with discontinued infrared film designed for distinguishing camouflage-wearing militants from foliage, reveals the Congo landscape and its recent history of violence in acidic colors that, even if they don’t immediately suggest death and destruction, indicate that something in these places is not as it should be. These three bodies of work are just a few among many being produced by contemporary photographers that use the medium to reveal something invisible to eye, and will bring breadth of context to the Center’s presentation of Wynn Bullock: Revelations.