At the Phoenix Art Museum - Longer Ways to Go: Photography of the American Road 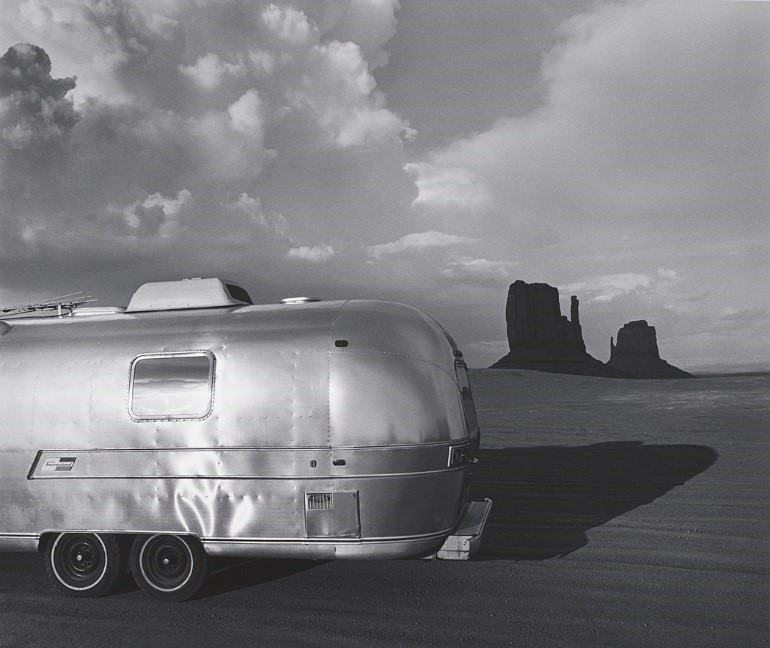 “Our battered suitcases were piled on the sidewalk again; we had longer ways to go. No matter, the road is life.” —Jack Kerouac, On the Road

The network of roads in America is immense, and “The Road” looms even larger in American culture. The American road has always been a place of self-discovery both for its individual travelers and, through their narratives, for the country as a whole. True to form, it can move us in opposite directions. It can lead toward a future of greater standardization and bigger development or back into a nostalgic past. It has the potential to either isolate or unify its travelers. Roads cut the landscape in two, but connect the country to itself. The road is linked to the frontier myth, but roads have hastened the congestion of the once-open West. Throughout the history of cars in this country, there has been a sustained impulse to make photographs that describe the varied and contradictory texture of the road, one that continues apace. Longer Ways to Go presents photographs from the collection of the Center for Creative Photography made of, from, on, and in the more than four million miles of road that criss-cross America, over eight decades.

SEE STREET VIEWS - IN THE GALLERY!

We invite you to see current street views via Google Street View of some locations featured in Longer Ways to Go; use this link to find a gallery of available views. One of the most significant events in the photographic history of the road has been Google’s ongoing Street View  project, an effort to image the world’s roads and their adjacent scenery and use those images to create an immersive environment. In the process of compiling billions of images, Google incidentally captured “rephotographs” of a handful of pictures in this exhibition. Rephotographs—images resulting from returning to the site of an existing photograph to photograph it again—have been used by both artists and scientists to make change visible. Seen in this context, the photographs on the walls become the “before” pictures in a before-and-after sequence. The contemporary Street View images shed light on our values by showing what we have altered and what we’ve chosen to preserve.

We are thrilled to share with you that we will be hosting a web-based series of wellness sessions hosted by Regina Armenta of Yoga Is Art. This series will focus on breathing techniques for relaxation, gentle movements in the body to increase blood flow and healing, and a guided mediation to promote mental stability in a time of uncertainty.