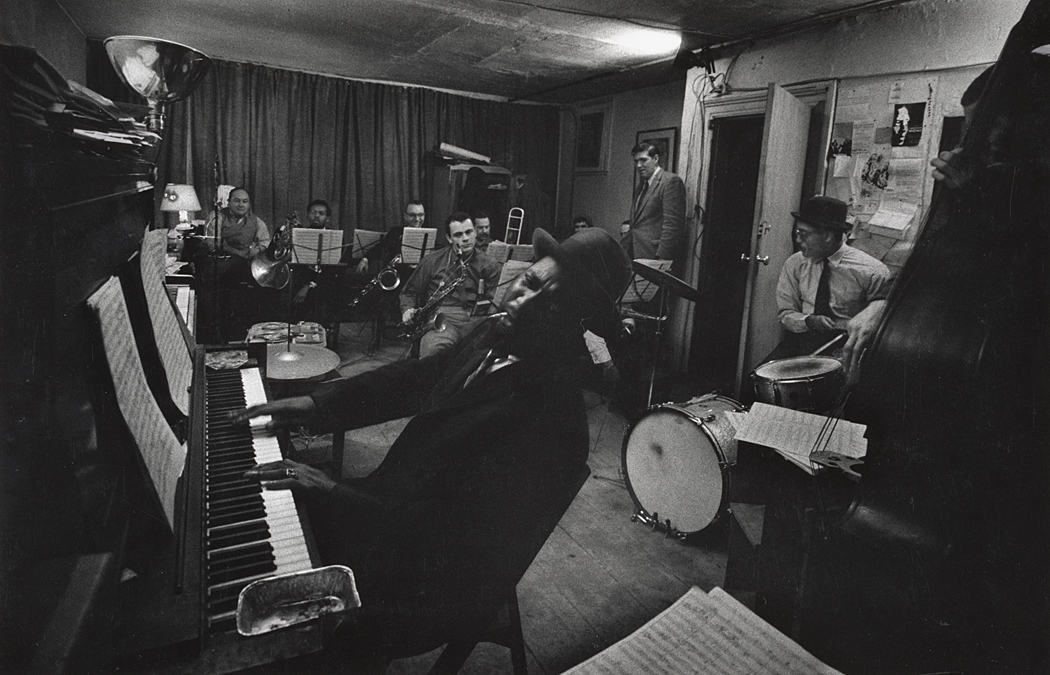 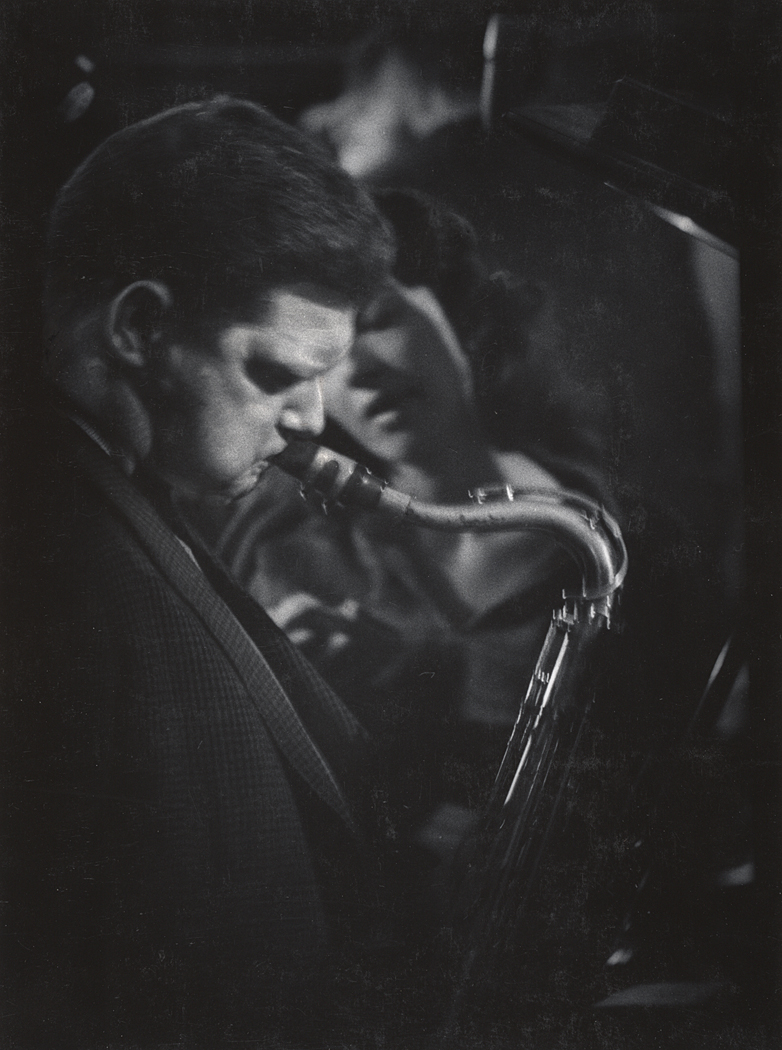 The Jazz Loft Project: Photographs and Tapes of W. Eugene Smith from 821 Sixth Avenue, 1957-1965 is an exhibition of photographs and audio recordings of an extraordinary chapter in American jazz history and the climate in which it occurred.

From 1957 to 1965, famed photographer W. Eugene Smith (1918-1978) documented the late-night soirees inside a dilapidated New York City loft where some of the jazz world's greatest legends (Charles Mingus, Zoot Sims, Bill Evans, and Thelonious Monk to name a few) casually performed and mingled with the likes of Norman Mailer, Salvador Dali, Diane Arbus, Robert Frank, Henri Cartier-Bresson, and crowds full of colorful underground characters. Smith exposed 1,447 rolls of film at the loft, making roughly 40,000 pictures, the largest body of work in his career. He photographed the nocturnal jazz scene as well as life on the streets of the flower district, as seen from his fourth-floor window. Smith also wired the building like a surreptitious recording studio and made 1,740 reels (4,000 hours) of stereo and mono audiotapes, capturing more than 300 musicians.

In the late 1990s, while researching W. Eugene Smith’s Pittsburgh project in the archives at the University of Arizona’s Center for Creative Photography, writer Sam Stephenson came across the wealth of Smith’s jazz loft photographs and audiotapes, which were not well-known. They had been deposited at CCP in 1977, when two eighteen-wheel trucks delivered 44,000 pounds of Smith’s work and personal belongings including letters, 25,000 vinyl records, thousands of 3x5 cards filled with notes to himself, and as many as a million negatives and contact sheets.  With the partnership of the Center for Creative Photography at the University of Arizona and Duke University’s Center for Documentary Studies, the Jazz Loft Project began.  The project was complicated from the start—archival materials in Arizona, project based in North Carolina, story about New York—but the Center for Creative Photography generously allowed Stephenson to work through it; CCP became a second home for him with two dozen trips there over thirteen years.

Stephenson spent those years cataloging, archiving, selecting and editing the jazz loft materials for a book and, along with other partners, a radio series, an exhibition, and a website. His work is ongoing. To date, nearly 600 people have been documented in Smith’s photographs and tapes or in oral history interviews conducted by Jazz Loft Project staff of the Center for Documentary Studies at Duke University.

The exhibition, curated by Sam Stephenson and Courtney Reid-Eaton, opened in February 2010, at the Donald and Mary Oenslager Gallery in the New York Public Library for Performing Arts in New York City, New York.  It traveled to the Chicago Cultural Center in Chicago, Illinois, opening in July 2010; the Nasher Museum of Art in Durham, North Carolina, opening in February 2011; and the Museum of Photographic Arts in San Diego, California, opening in May 2012.  The exhibition will close at the Center for Creative Photography at the University of Arizona, showing from December 14, 2012 to March 10, 2013.