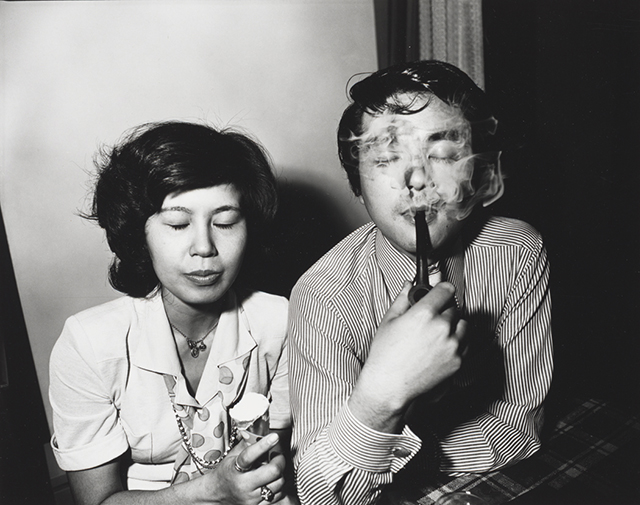 In the decades following World War II, numerous radical Japanese photographers undertook an aggressive reassessment of the medium. These new non-conformist photographers broke from photojournalism’s norms of objective description and instead adopted a radically expressive, subjective, and critical approach in response to a changing modern world. Publishing in avant-garde zines and underground artists’ journals, their aim was to challenge viewers’ complacency about the medium’s possibilities and question how photography was used to make claims to truth, to shape national identity, and to convey patriotism.

In 1988 and 1990, with the support of two major grants from the Hitachi Corporation, the Center for Creative Photography made a historic acquisition of 87 works by nineteen contemporary Japanese photographers, including Moriyama Daidō, Fukase Masahisa, Eikoh Hosoe, Tōmatsu Shōmei, and Ishiuchi Miyako. These nineteen artists each played a fundamental role in steering the aesthetics and ethos of the postwar period in Japan and beyond and represent vastly ranging perspectives. Farewell Photography: The Hitachi Collection of Postwar Japanese Photographs, 1961-1989 brings together all 87 prints for display for the first time since they were acquired, introducing audiences in the Phoenix and greater Southwest region to this critical moment in Japanese photography.

In 1988 and 1990, with support from two major grants from the Hitachi Corporation, the CCP made a historic acquisition of 87 works by nineteen contemporary Japanese experimental photographers. Farewell Photography brings together all 87 prints for display for the first time since they were acquired.